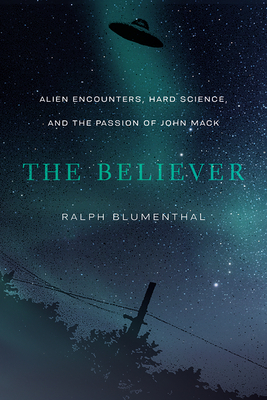 The Believer: Alien Encounters, Hard Science, and the Passion of John Mack

The Believer is the weird and chilling true story of Dr. John Mack. This eminent Harvard psychiatrist and Pulitzer Prize-winning biographer risked his career to investigate the phenomenon of human encounters with aliens and to give credibility to the stupefying tales shared by people who were utterly convinced they had happened. 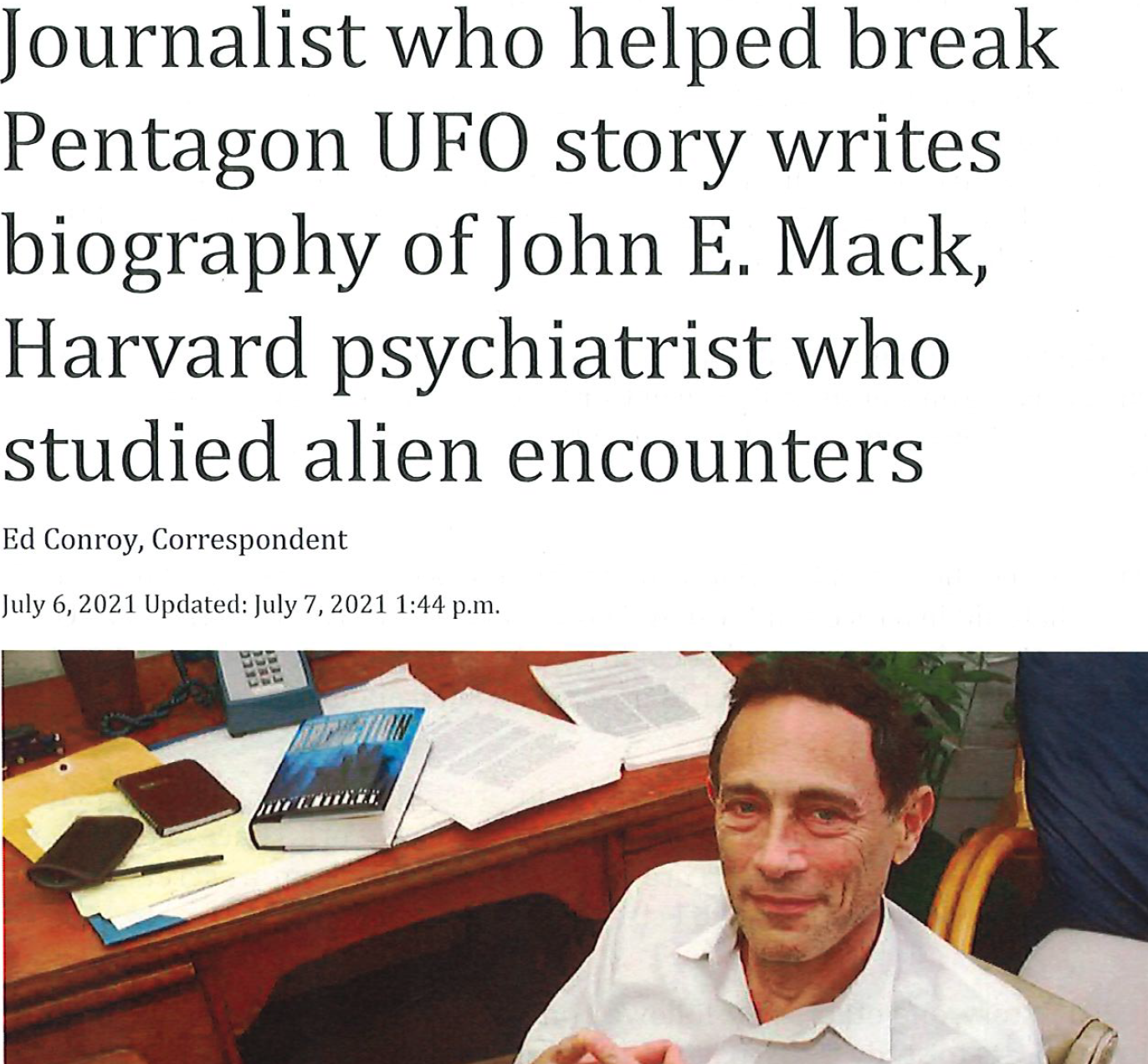 “This extraordinary biography reads like a fast-paced thriller. It deftly weaves the detailed richness of John Mack’s genius and complex life through the historical backdrop of the alien-abduction phenomena. Ralph Blumenthal has so beautifully captured the essence of Mack’s soul and his relentless curiosity that by the end of the book I mourned that Mack is no longer with us.”
–Trish MacGregor, coauthor of Aliens in the Backyard: UFO Encounters, Abductions, and Synchronicity

“As a person sane enough to hold a driver’s license, I say, what are we to make of Mack’s findings? Read this gripping, factual account of a mental-health pioneer and truth-seeker by a soundly accredited successful author, veteran New York Times foreign correspondent, and reporter. Decide for yourselves and then tell me!”
–Dan Aykroyd

“Ralph Blumenthal’s definitive biography of John Mack is beautifully written and impeccably researched, providing fascinating new insights into the professional and personal life of John Mack. What drove the Harvard psychiatrist to take alien abductions seriously? This question has never been addressed as brilliantly or as deeply as it is in The Believer – a must read.”
–Leslie Kean, author of UFOs: Generals, Pilots and Government Officials Go On the Record

“Anyone who is intrigued by the involvement of John Mack, a psychiatrist on the faculty of Harvard, or by the interest of psychiatrists in the anomalous in general and UFOs in particular, should not miss reading this book! It is filled with details on the topic, both pro and con, that are not publicly available in any other place that I know.”
–David J. Hufford, author of The Terror that Comes in the Night: An Experience-Centered Study of Supernatural Assault Traditions

“John Mack was one of the few prominent American intellectuals who saw and said what was, and still is, really at stake in the UFO phenomenon–reality itself. And Ralph Blumenthal is the perfect biographer to take up Mack and bring him to life, in all his humanity and complexity, on the page. A major achievement.”
–Jeffrey J. Kripal, author of The Flip: Epiphanies of Mind and the Future of Knowledge

Miracle at Sing Sing: How One Man Transformed the Lives of America’s Most Dangerous Prisoners

“If Lewis Edward Lawes’ long career as Warden of Sing Sing were written as a novel, it would surely be criticized as implausible. Over two decades he supervised three hundred executions because it was his duty. But for all that time he argued passionately for the repeal of the death penalty because it was brutal, senseless and unproductive. His adinistration was called humane, honest, firm and fair, and when he retired he did so accompanied by the cheers of more than two thousand prisoners who thought of him as a ‘right guy.’ A story almost too good to be true, but too true to miss.”
— Mario Cuomo, former governor of New York

“The astonishing and compassionate life of Lewis Lawes has remained one of the buried gems of American prison history until now. Ralph Blumenthal’s biography of this patron saint of the dispossessed and discarded restores Lawes to a place of worthy prominence in American history.”
—James Morris, author of The Rose Man of Sing Sing

Stork Club: America’s Most Famous Nightspot and the Lost World of Cafe Society

“Marvelous. …You can practically smell the secondhand smoke from Walter Winchell’s cigarette and hear the tinkle of ice in Ernest Hemingway’s scotch and water.”
—Boston Globe

Once Through the Heart: A Police Detective’s Struggle to Rescue His Daughter from Drugs

“New York Times crime reporter Blumenthal ( Last Days of the Sicilians ) begins this chronicle near the end of the 1980s, on the day NYPD narcotics officer Pat DiGregorio discovered that his daughter Mary Anne was dealing drugs. He proceeds to reconstruct the family’s history, detailing DiGregorio’s youth and young adulthood; his first marriage (to Mary Anne’s mother, who was an alcoholic); his son’s death, at age six, of heart disease; his career in the police department and the difficulties he and his second wife, Barbara–also a cop–were having with teenage Mary Anne. DiGregorio gets Mary Anne to enroll in a rehab program; she sticks with it and after two years graduates with her high school class, and later becomes a beautician. Blumenthal’s thorough research reveals this family’s anguish and examines important issues faced by other parents. But the DeGregorios’ story remains curiously encapsulated and somewhat defeatist, as it suggests that the events described were inevitable. Photos not seen by PW. First serial to Parade magazine; movie rights to RHI Entertainment.”
Publishers Weekly, Copyright 1992 Reed Business Information, Inc.

Outrage: The Story Behind the Tawana Brawley Hoax

“The Tawana Brawley case attracted national attention in 1987 when the black teenager from Wappingers Falls, N.Y., claimed that she had been kidnapped, gang-raped and defiled by white racists, among them law officers. Although subsequent investigation found her story to be a fabrication, a media circus erupted, focusing on charges of racial injustice and the antics of Brawley’s legal advisers Al Sharpton, Alton Maddox and C. Vernon Mason. In an impressive expose that distills much new information from scores of interviews, McFadden and a team of fellow New York Times journalists present evidence that Brawley concocted her story, with her mother’s complicity, because the teen had been on late-night escapades and feared beatings by her stepfather, a man who had fatally shot his ex-wife. Conveyed in cinematic style, this probe is notable for its fresh revelations and its perspectives on racism, politics and media distortion.”
Publishers Weekly, Copyright 1990 Reed Business Information, Inc.

Last Days of the Sicilians: At War with the Mafia: The FBI Assault on the Pizza Connection

“Rare, real glimpses of the Mafia in action…Last Days of the Sicilians exposes it all.” –Robert Daly, The New York Times

“Stunningly reconstructs …one of the most complex criminal conspiracies in the nation’s history.” —San Francisco Chronicle